We didn't make it to the allotment last weekend, and as a result the plot was covered in weeds again, so I spent half an hour weeding while the kids played with water.

Having emptied the trug'o'weeds into the compost heap and dug out some more couch grass I got on with planting out the broad beans which were too small last time. The beans that are in seems to have been nibbled by insects, nothing too drastic and looking around neighbouring plots have the same problem.

A few fairly leggy Broccoli plants went in  too, in the area where I'd planted parsnips which didn't germinate. These will probably be replaced by some of the better ones growing in the greenhouse, I'm not sure what made me plant them other than not wanting to waste seedlings...

Leeks are up now, really tiny compared to the seedlings I have growing in the greenhouse. Planting seeds too early was not such a good idea. I should just get away with the Borlotti beams and sweetcorn in the greenhouse, but next year I need to set up a planting calendar.

No showing from the spuds yet. Hopefully I didn't under-chit them.

Just before leaving I weedkilled pretty much all the non-cultivated parts of the plot to keep weeds down and prepare for digging in a week or so when I'm on holiday.

At home, sowing loads of seeds-mainly flowers. I'm using up old packs that are past their plant-by date, putting several seeds into each pot to see if I get any results. 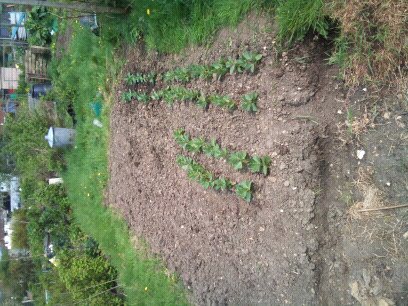 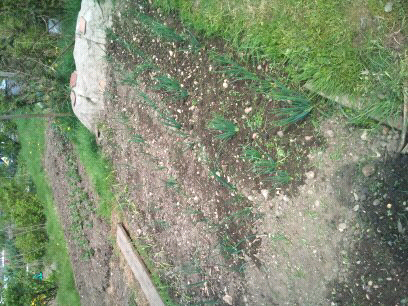 It is very interesting article and quite impressive and more informative and looking forward to read such article. Please come visit my site http://support.onlinesys.in when you got time.

Think you might like some of my blog posts and articles posted, feel free to check them out: TEXT

Thank you for a awesome article.You have given me some ideas and a different way to to write articles.

Nice and quite useful blog. Would like to say that stock market hardly gives any second chance. Once opportunity lost means it’s gone forever. Now the biggest question is how to grab trading opportunities every time we trade?
Well here comes the technical analyses handy. Just rely on research rather than your guts feeling and one should stop speculating in the Share market.
Follow few basic trading rules and we are sure one can earn huge amount in the Indian stock market only by trading in NSE and BSE

Wow, well done! This article is very useful for me. But now I want to talk about Leoch International, a manufacturer of lead acid battery, which supply ups battery, gel battery, vrla battery, and so on. Their automotive battery are very good, which are compatible with many models of cars. Besides, the golf cart batteries have several kinds of voltages to meet your demand.

Now the biggest question is how to grab trading opportunities every time we trade?
Well here comes the technical analyses handy. Just rely on research rather than your guts feeling and one should stop speculating in the Share market.
search engine submission

who can still earn from it. Stock market trading offers great returns but traders should be

or should become capable enough to grab those opportunities.

Hello
Dear, I Visit the site.& like your site. I welcome My site.Please visit & comment.
Sex Education